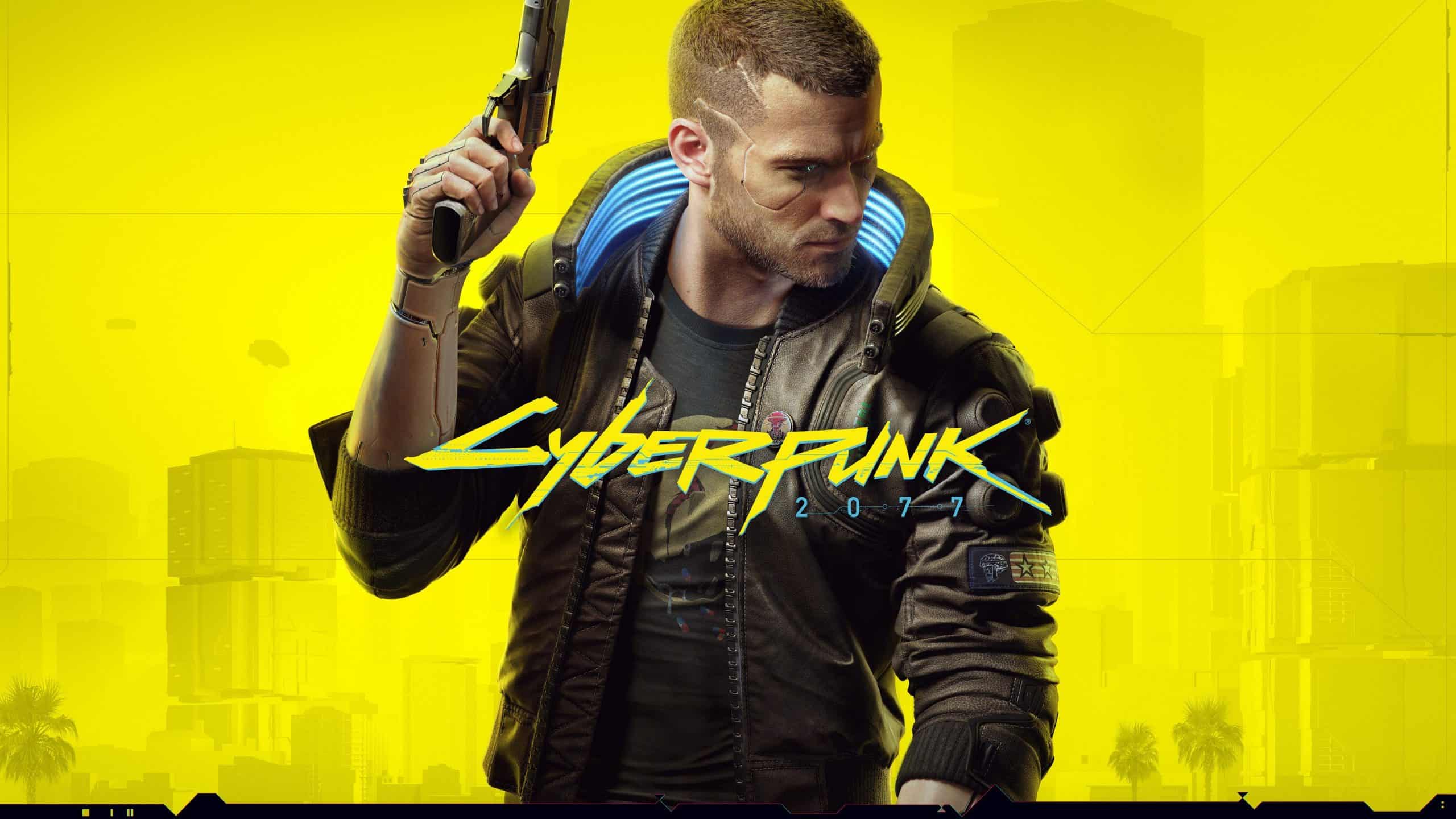 Cyberpunk 2077 is a massive futuristic open-world, first-person perspective, role-playing game that took the entire gaming community by storm created by CD Projekt Red. Since then, fans have been treated with impressive visuals in teasers and trailers. Adding into the fact that famous actors such as Keanu Reeves, Grimes, and ASAP Rocky were part of the game, the media heralded Cyberpunk 2077 with various headlines exciting its release as the upcoming game of the century.

Cyberpunk is set in a dystopian future where the main character named V is a famous hired gun known all over Night City; it is a city of dreams ruled by gangsters, underground mafias, and various corporate entities. People augment their bodies with cutting-edge cybernetics and high-tech weaponry.

Players on next-generation consoles were promised a revolutionary experience with extensive character customization and an open world never seen in any game before it. Due to such massive hype created by the media and the gaming community, there were over 8 million pre-ordered copies of the game before its December 2020 release.

Let’s take an in-depth view of what happened and what went wrong for Cyberpunk 2077 and the entire timeline of events that perspired.

When Was Cyberpunk 2077 First Teased?

Cyberpunk 2077 was announced in 2012, with the game drawing massive inspiration from Blade Runner, Ghost in the Shell, and Deus Ex. This story would be a follow-up on the events after Cyberpunk Red, set in the Arasaka period.

In 2013, the infamous first Cyberpunk 2077 teaser trailer was released. This set into motion the almost decade-long wait for the release of the game. After Witcher 3 Wild Hunt’s success, players were expecting Cyberpunk 2077 to be the decade’s game when it releases. This meant that due to the overwhelming success it had received, Cyberpunk 2077 had to be kept under silence till they were ready with the game. Eventually, CDPR opened an entirely new studio with a larger development team due to how massive and promising the game was touting.

How Did The Hype Start? (Production Issues And Delay)

The hype around Cyberpunk 2077 had been building ever since the first teaser trailer for nearly a decade. In 2018, CDPR had announced Cyberpunk 2077 at E3 with a mindblowing trailer that sent shockwaves in the gaming community. The visuals shown in the trailer were something never seen before; it was action-packed and perfectly fit the futuristic dystopian theme. CDPR confirmed that the game was coming to Windows, PS4, and Xbox One. The game was highly anticipated at E3, and it received over 100 hundred awards at E3 after the showcase, and there was a lot of lore introduced and even lots of early access gameplay footage.

In 2019, CDPR showed off another amazing cinematic trailer at the Microsoft E3 press conference. The massive reveal was the inclusion of Keanu Reeves at the end of the trailer. This was considered one of the best trailers at the expo and received various awards at the event. The game also showed off different gameplay elements such as the AI systems, combat mechanics, and how the game storyline changes depending on the choices you make in the game. This comes alongside the most controversial decision the studio created by announcing the release date of Cyberpunk 2077 in April 2020.

This sped up the hype train, and the marketing team promised unrealistic gameplay while the development team could not keep up with the advertised gameplay.

The game took over four years of active development, and much of the anticipation was due to Witcher 3. The initial release was set for April of 2020. Still, in January, CDPR announced its first delay pushing it towards a Summer release due to “Playtesting, fixing and polishing, ” then moved it to a September release. The official announcement stated, “finished both content and gameplay-wise, and they need to go through everything, balance game mechanics, and fix a lot of bugs. As the game was being developed, another delay set the release to November. After that, the game went Gold pushing the release finally to December 10th of 2020.

These delays were made to ensure that the game was released with quality in mind. This was done to prevent rushing the game and releasing a buggy mess and is intended to fine-tune the game even more. In total, CDPR delayed the game three times. Each delay gave time for developers to work out fixes and fine-tune the gameplay. Although it became clear that the game needed much more time, and the development scope exceeded the initial vision due to the size and scale of Night City.

To put it in simple terms, Cyberpunk was announced in 2012, but development didn’t start until 2016. In 2018, they had little but a (mostly) fake demo. Most of the staff knew and openly said it wouldn’t be ready for release in 2020. But management believed in CD Projekt Magic.

Initial Release And Pre-order (What Went Wrong, What Was Promised, And What Was Given)

Cyberpunk was one of the worst launch disasters in the history of gaming. With a large number of players on Launch day unable to progress through the game due to massive bugs. The game was pretty much virtually unplayable, filled with roaming non-functional AI’s, annoying bugs, and a multitude of glitches. The issues were so widespread that there was an entire subreddit dedicated to this. Examples of some of the bugs include

Cyberpunk 2077 received largely positive reviews. Although this was on the game’s PC version, this was later updated after the console releases. In the end, many reviews were negative due to how bad the game was developed and released. CDPR disappointed a lot of gamers and analysts, and the overall scores dropped after a few weeks; regardless, the core aspect and story of the game are well written and thought out, as stated by many reviews.

Upon its initial release, the game priced about 48 Dollars for consoles and about 41 Dollars for the PC version. Eight million players pre-ordered the game, only disappointed by how different it was from how it was marketed. Gamers demanded immediate refunds and started an uproar. Soon, Sony, Microsoft, and CDPR gave out refunds to those who pre-ordered due to the severe backlash and letdown. CDPR even set up a ‘Help me Refund’ program to help the customers. Sony gave out full refunds and removed the game from the PlayStation store. Multiple lawsuits have been filed against CD Projekt Red over Cyberpunk 2077.

Note: The game is back on PlayStation Store from June 21st (2021), but, with a warning saying the game is optimized properly for PS4 Pro and PS5, not for PS4 at the moment.

Despite the uproar, the company made huge profits, and it’s still working on fixing the game.

Within twelve hours of release, the game had over one million concurrent players on Steam. Cyberpunk was the most significant digital game launch of all time, selling over 10 million digital copies and over 600 million dollars in digital sales as of December 31st, 2020.

After all the uproar, criticism, and refunds, the company is still releasing patch fixes to match how the game was marketed out to be. They didn’t have the time then; now they do. All we can do is wait for the fixes and DLCs, if any, to be able to enjoy the game to its utmost level. Nevertheless, Cyberpunk 2077 is a beautiful game from a neutral standpoint.

Due to Cyberpunk, gamers are skeptical about pre-ordering games based on how it is marketed. CDPR has mentioned that they’re going to release many DLCs for the game and that they’ll be available for free. Witcher 3, one of THE best RPG open-world games, initially had similar bugs and problems just like Cyberpunk. After the fixes, it remains a top-tier AAA game. Hopefully, Cyberpunk will follow the same path.