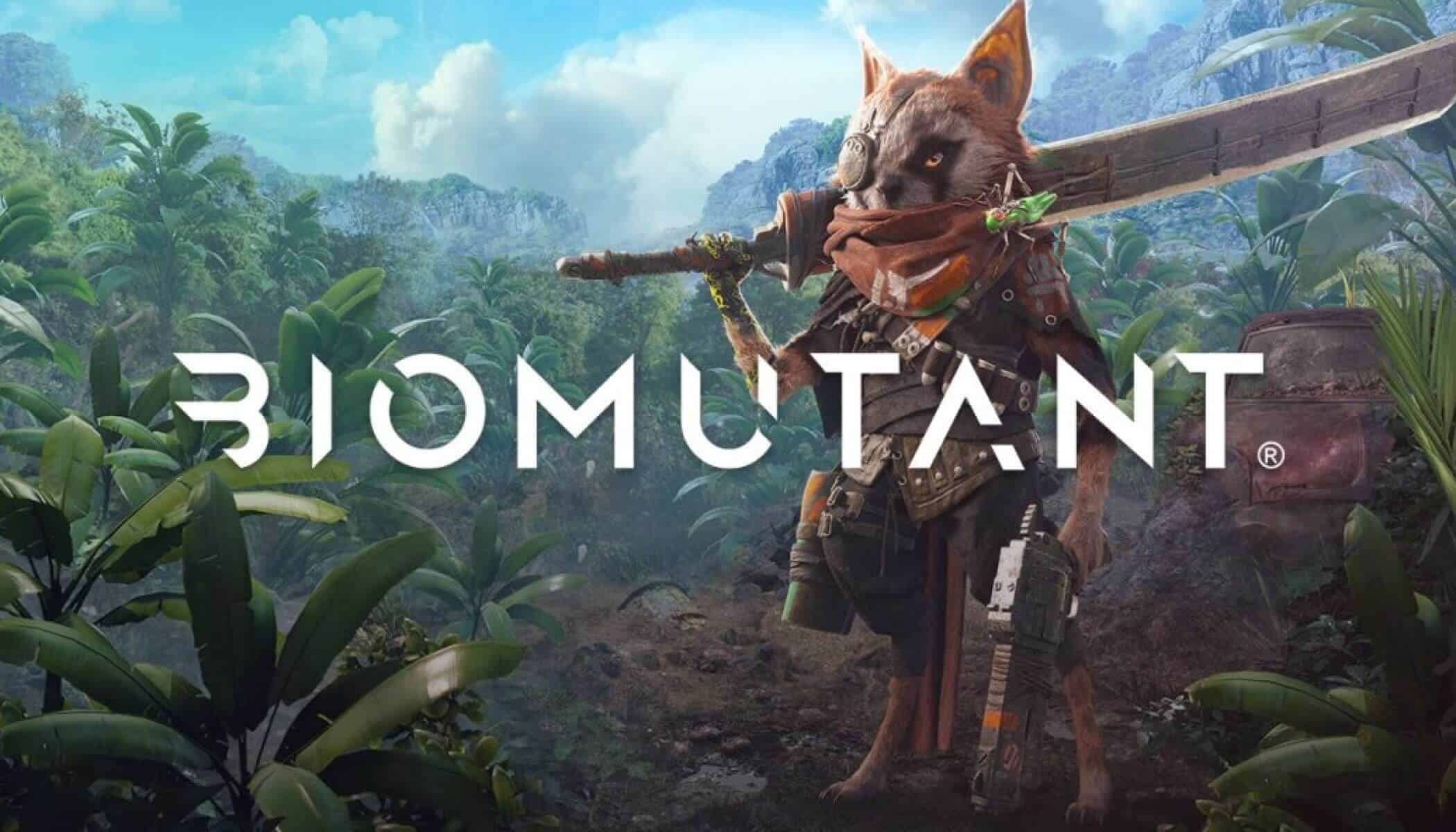 What happens when Kung-fu Panda and Clank from Ratchet and Clank are put in a Demon’s Souls game set in Aloy’s (Horizon Zero Dawn) open world developed by Ubisoft (minus the microtransactions)! The craziness is a complete package called Biomutant. Biomutant is the first game developed by Experiment 101, a studio that has the ex-developers of the Just Cause series. It was first announced in 2017, and finally, it has released in 2021 after much fanfare. The initial reviews were mixed based on an incomplete game. However, this review is after a 100% playthrough in a base PS4.

A post-apocalyptic world, which lost its charm due to man-made pollution from a fictional company called Toxanol, has wiped out humanity, and what’s not dead has evolved into deadly humanoid creatures. Our character starts with no recollection of his/her gruesome past and stumbles upon a handicapped critter who gives him hints about his/her past. However, the handicap has also given us two new tasks – to unite the warring Tribes of the world and stop the four World Eaters (the deadly creatures we spoke of) from devouring the Tree of Life, which is the source of all life in a bid to save the world they live in. How the player character does this or does he/she do this is the story of this game that culminates in a climax based on your path!

The main story is a fairly simple and straightforward one. Unite the Tribes by defeating them and asking them to be a part of your Tribe or by conquest where you utterly destroy them. Kill all the four World Eaters and then fight the final boss. The story is well thought out and is mainly aimed at folks who do not prefer side quests or distractions to “complete” the game. Others, welcome to the beauty called “Biomutant.” The side quests are plentiful in number, and at one point, I really thought that there were thousands of side quests that I was never going to complete. I felt fed up looking at the sheer number. In addition to this, the routine fetch/collect quests form most of the side quests! At some point, when I was going to lose hope and thought this is a game that I was going to drop off midway, I started noticing small details. Most of the side quests dropped easter eggs to how the world ended. They were so beautifully written that we could relate to them with our world at the forefront! For example, Clanks’ counterpart in the game, Automaton, explains how an Aerodrome caused air pollution due to the countless number of airplanes that plied in the Old World. Likewise, every place has a story that I am not going to spoil!

Places that spilled oil lost Oxygen, which spilled chemicals were biohazard, which spilled radioactive materials are radioactive. Some areas are just extremely cold or warm due to global climatic changes! The thought of this is outstanding, and it means you might have to work on your resistance to these aspects or find the necessary suits which provide resistance to these conditions.

Loot gathering didn’t lose its charm as more loot meant more weapons – especially custom-made! More to that later. Resource gathering, loot gathering, understanding Old World appliances and devices, in addition to few character-driven quests which ask us to fetch or collect something from the majority of the side quests, which might drive many crazy! The pay-off isn’t huge even after performing a series of fetch quests, which sets us off the path.

Not many characters stay in our minds. Four central characters help you defeat the World-Eaters and a disabled advisor who guides you form the major characters. Other than these five, all the people whom you meet during the journey are forgotten ultimately. We have a special friend in Automaton who comes alongside you on the journey. Its job is the give you health when you are down, fight bad guys with you, change into a glider when you dive off the top of a mountain, and provide you information and Easter Eggs from the Old World whenever you come across them. This is the most important character in the game apart from you.

One of the aspects that don’t work for the game is The Narrator. There is no proper voice acting for the characters, and they speak gibberish only for the Narrator to explain every dialogue to you. And it doesn’t stop there! He constantly talks to you even when exploring (apparently, there is a setting to turn this off, and I didn’t know that!) Understandably, the budget is low, which logically means that we can’t understand what the animals say. However, we can take some gaming liberty and ask the characters to explain themselves. This was a huge downer in the playthrough. Maybe this was one of the reasons most of the characters are not etched in our minds.

Another dull aspect of the game is the usage of jargon. They could have used words like Glider, Water, Trains to describe the objects in the game. However, for reasons unknown, they have used words like Googlide, Goo, Chu-chu, and the funniest one is Boats being called Floatboat! Like why do you need the word Float added? Imagine this sentence – You cannot use a Floatboat to glide in the Goo, but a Googlide will take you to the Chu-Chu station faster. Don’t forget to visit the Motojus near the Blimpstation to buy some fuel as well. If a part of the game uses these words, it would be cool. However, if you are going to use jargon for a simple word like water, then as the audience, we need to be aware of these words, and essentially you are asking us to mug up a whole new syllabus! This is another bummer in this game.

Gameplay is purely left to you in terms of choice. You can approach the game in whichever way you like! Starting from your character’s appearance, you can customize the attributes and class of your character. For example, you can choose a great character with melee weapons and dual wield them or a character who loves guns and goes with two guns. If you don’t want to do both, you have the option to go as a Psi-freak who just uses special powers to kill enemies. Ultimately, it is up to you to create a character with a combination of all the above. Based on your selection, your character’s appearance also changes. The customization does not stop here! You can craft your own gear, and the variety of possibilities it offers is mind-blowing! The weapons you craft are the ones that are powerful than the weapons you find in loot! So, you have to make your hands dirty.

The same goes for your body gear, including armor, pants, and literally everything! This is one of the best aspects of Biomutant. Every unique combination will help you or hamper you in a fight. For example, crowd control cannot be done by an Automatic Rifle. You would need a Shotgun. However, if you use the same Shotgun to fire at another boat from your boat, it would not even reach the distance! Thus, your gear determines how strong you are to that particular fight, and it doesn’t generalize. For example, in one instance, I played with a shotgun for a boss fight and couldn’t progress much. Then on-the-fly, I created an automatic rifle, and the battle was over in the next few minutes. This shows how much essential the gear is in a fight.

The Combat mechanics are excellent, and most of the fights are not just pure button mashing. A combination of buttons will help execute cool combos that are gear-specific. Upon making three unique combos, you get to unleash Wung-fu on your enemies, which is basically like a super special move with your bare hands! Dodging, parrying, shooting and melee attacks make up the combat, which is really good with the right combos.

A variety of mounts to traverse oxygen-less places, rivers, lakes, and land let us travel faster along with these biomes. Swimming can be done only until your energy lasts, which means you need a glider as soon as possible in the game. Exploration is cool, with each place having some super loots along with some Old World gadgets, which come along with a relatively easy puzzle. Why do you need to solve these Old World gadget puzzles? You need to do that because you are a completionist and the pay-off is not as good as expected. What makes exploration fun is the beautiful locales and the Easter Eggs from the Old World. Otherwise, don’t bother. Fast travel is also available in the game and is borrowed from The Witcher 3. Signposts let you fast travel, and you have to mark your territory by urinating on the signpost. It doesn’t look bad as you are an animal, and that’s how animals mark territories.

There is a morale system which comprises of Dark and Light. When you do good deeds, light lights up, and when you do evil deeds, team Dark gains a point. Certain abilities are unlocked based on the path you choose. Other than this and the climax, the Light or Dark morality aspect has no bearing in the gameplay. Simply put, do whatever you want for the entire game, and only your climax will change!

One thing worth mentioning is the aspect of Boss Battles! Lots of thoughts have gone into this from the team. Each boss battle is unique, and you have to fight each boss on a different mount with a different gadget. The template leading up to the boss battle is the same – find a mount or the parts to it, upgrade it and then catch some animal to use against the boss and fight him. However, the boss battles still seem to be unique. Special mention to a fight underwater in an Octopus looking pod against a giant Turtle! This has to be visually the best boss fight I have recently fought!

– Customization of looks and gear

– Beautiful locales in the open world

– References to our world as the Old World

– Narrator instead of voice acting

– Number of side quests

Biomutant is a game that is certainly not bad. However, it cannot be classified as a great game. It meanders somewhere between and ends up more on the good side than the bad side, thanks to the locales, story, and gameplay. Immersing the audience in the world of Biomutant doesn’t necessarily mean throwing a massive number of side quests in the entirety of the map. The game lost the balance between a great story and the side quests that are overly in number. Linear storytelling could have made Biomutant one of the best games of this year. However, now it is an excellent try from a new game studio and would be a stepping stone to further titles. Who knows, we might even have a Biomutant 2! 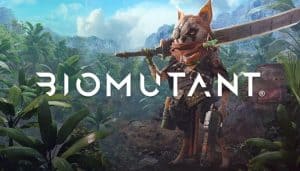 What happens when Kung Fu Panda and Clank from Ratchet and Clank are put in a Demon’s Souls game set in Aloy’s (Horizon Zero Dawn) open world developed by Ubisoft (minus the microtransactions)! The craziness is a complete package called Biomutant.