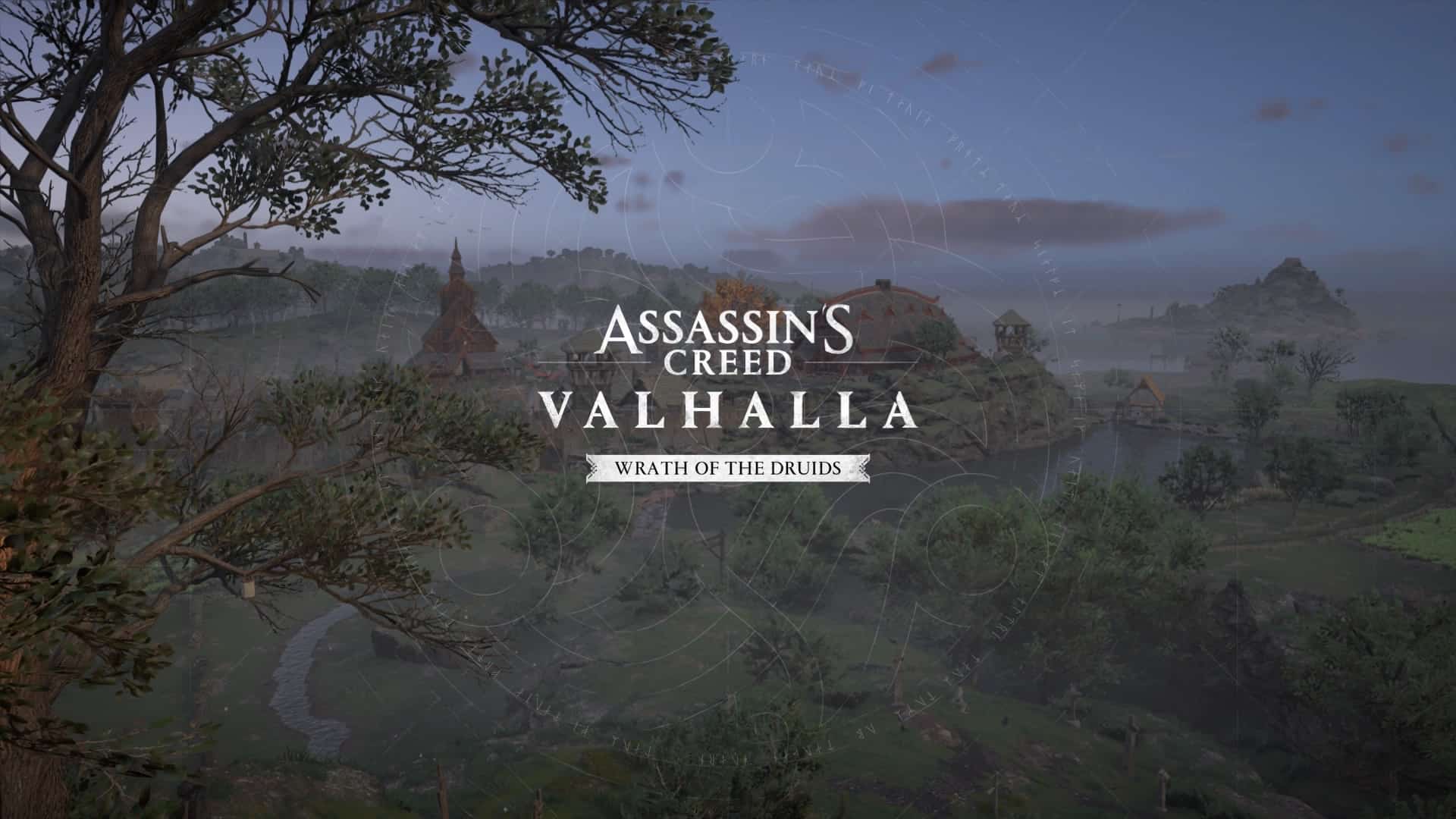 How far would you go to save your religion and culture? No, I am not talking about Indian politics. This is the crux of Assassin’s Creed Valhalla’s first DLC – Wrath of the Druids, in which three religions and cultures clash. The result is an engaging tale filled with joy, awe, adventure, loss, and realization. However, this tale could have been included in the main game and not as a DLC, as it looks like an extended side mission without involving anyone from the ending of the main game. To add to this point, the level cap for Ireland is 55, which means it can be played by anyone who just finished the prologue of the main game. Further, there is no reference to any event from the main game in the DLC.

Wrath of the Druids (Review)

The first DLC of the twelfth Assassin Creed game was released yesterday controversially as the release did not happen as intended. Some players did not get the DLC until eight hours had gone from the official release time, while some others got the DLC, but it crashed the main game too. Ubisoft had officially given an apology on Twitter for it. Unluckily we faced the delay, and thankfully our main game did not break so that we could bring you this review as soon as possible. This review is written after a 100% playthrough of the DLC. Now that we have established the plot, let us dive deeper into the review.

Eivor has a new visitor in her Settlement of Ravensthorpe, and the visitor seems to be a friend of Hytham. However, as Eivor finds the visitor, it is revealed that the message is coming from Ireland for Eivor along with a variety of goods for trade, even though Eivor vehemently denies she knows anyone in Ireland. After Eivor manages a minor issue with the delivery of the goods, a trade outpost is built in the Settlement, and all niceties are done.

As Eivor reads through the letter containing the message, she realizes it is her long-lost cousin Bárid mac Ímair, who is now the King of Dublin. She is invited to Ireland in the letter for what seems to be a leisure trip with a plan to discuss trade between the two kingdoms. Eivor lands in Dublin only to realize Bárid is struggling with establishing a good relationship with the soon-to-be High King of Ireland, Flann Sinna, who wants to unite Ireland under his one rule. This is because Flann is a staunch Christian who dislikes the old Irish pagans and the Norse folks. In addition to this, there is a personal history between Bárid and Flann as well.

Bárid hopes to gain the trust of Flann by establishing Dublin as the city of trades in Ireland with the help of Eivor to show commercial strength. As both Barid and Eivor reach the Lia Fáil for the coronation of Flann Sinna as the High King, they prevent a conspiracy for the assassination of Flann during the coronation. Upon investigation, Eivor understands that the conspirators are a group of Druids called Children of Danu who want the High King dead as he is not a supporter of the old Irish. How the Children of Danu is stopped by Eivor and does Flann have a change of heart about other cultures form the remainder of the story.

The story is not a ground-breaking one. However, the charm of the voice actors (yes, even Eivor’s voice acting is better than the main campaign) takes this one through with enough twists and turns to drive the story. Even though the twists and the villains are predictable as Ubisoft follows the same template of twists in every Assassin’s Creed game, it is a pleasure to see the extent to which the antagonists take this tale to. Happiness, Sadness, Anger, Revenge, Love, and Betrayal make this story a worthy one!

Not much has been improved upon from the main game in terms of gameplay. There are a few minor improvements that are welcome. One of the welcome changes is the concept of Trade Posts. Settlement building is now not restricted to a single place. We have to establish Trade Posts with a Storage, Raider Camp and Workshop across many locations on the map. However, setting them up is not an easy task. We have to find the deed for the land and then raid Monasteries for Trade Post Supplies to enhance it with newer buildings. Each Trade Post will generate an Irish resource from Clothes, Texts, Delicacies, and Luxuries, which can be traded from Dublin to foreign countries for Foreign resources. This increases Dublin’s Renown across Ireland, and as the Renown increases, the region is developed. In reality, the city of Dublin was developed entirely by the Vikings as the trade and port city it is today, and this makes sure that is the case in the Assassin’s Creed Universe as well.

In addition to Reda’s Children’s contracts, a new system of contracts has been introduced in the form of Royal contracts that can be accepted from Pigeon coops across the country. By far, this is the most boring activity that I had done in any of the Assassin’s Creed games! The Royal Contracts contain only three varieties of contracts. Kill everyone, kill someone or retrieve the loot by killing someone (at this point, it is auto-loot for Eivor, so it is again killing someone for us). The most unoriginal and boring system in Assassin’s Creed is there in Wrath of the Druids. The worst part is that it is not optional. Not one or two, but six contracts had to be finished in the main story, and it was, again and again, the same thing (yes, even the wordings in the Contract do not change!). In addition to the six from the main story, we need to do an additional four for a Trophy in PS4 (sigh)!

The trio of World Activities, Wealth, and Artifacts are back in the DLC! World Activities include Trials of Morrígan, Offerings to temples, fighting two Drengrs, a Legendary animal, and of course, Cairn stones! Someone, please write a petition to Ubisoft to stop these Cairn stones. Balancing them is pretty hard! We miss two things, though – Flyting and Stories (Side missions). Wealth includes Ingots, Books of Knowledge, and new pieces of equipment to wear. Artifacts include the Cursed artifacts, Treasure maps, Ui Neill in place of Roman Artifacts, and of course, Tattoos to catch. Catching tattoos is fun even in the DLC! With these many side activities to do, Wrath of the Druids’ side activities alone takes 10-15 hours of your time!

Combat is invigorated with the addition of a couple of Sickles. You can hack and slash enemies with the Sickle, which is cool and easy to handle. Newer classes of enemies are introduced as we progress in the story in the form of Druids with Venom, Druids with fire, and Werewolves! All of these are justified as whenever we fight the Druids, we are fighting them amidst a hallucinogenic fog that transforms Irish Wolfhounds into Werewolves for us. These newer classes of enemies are harder to fight and inflict heavy damage if we are hit! Combat animations are still good, and it is always nice to see a dismembering or beheading for the nth time!

In addition to this, we are tasked to investigate clues and find out the Children of Danu to kill them. We get a new Children of Danu page in the Order tab, and we have to find them one by one. This is even better than tracking the Order in the main game as there is even minimal help, and you have to think if you want to find someone without an in-game guide!

Lynx is given as a new mount for Eivor at the start of the DLC, which looks fantastic. As far as traversal is concerned, you would need every mode available to explore Ireland. There are rivers that need to be crossed with your longboat, there are cliffs you have to climb by yourself, and there are flatlands that can be reached on your mount’s back. However, I pity Synin as she is reduced to just gathering loot for Eivor as there was no need for her at all in the entire playthrough!

A good follow-up to the main campaign, the Wrath of Druids is enjoyable and is worth 25-30 hours of your time if you are a completionist. Even though the twists are predictable, it is fun to be Eivor in 9th century Ireland, to fight magical Druids who cause mayhem. If you are a fan of the main game and want to play more as Eivor, go for this DLC. Otherwise, it is not tied to the overall franchise narrative. You can get the main game here! 🎮

AC Valhalla - Wrath of the Druids 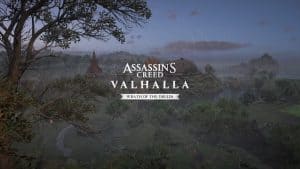 How far would you go to save your religion and culture? This is the crux of Assassin's Creed Valhalla's first DLC – Wrath of the Druids, in which three religions and cultures clash. The result is an engaging tale filled with joy, awe, adventure, loss, and realization.