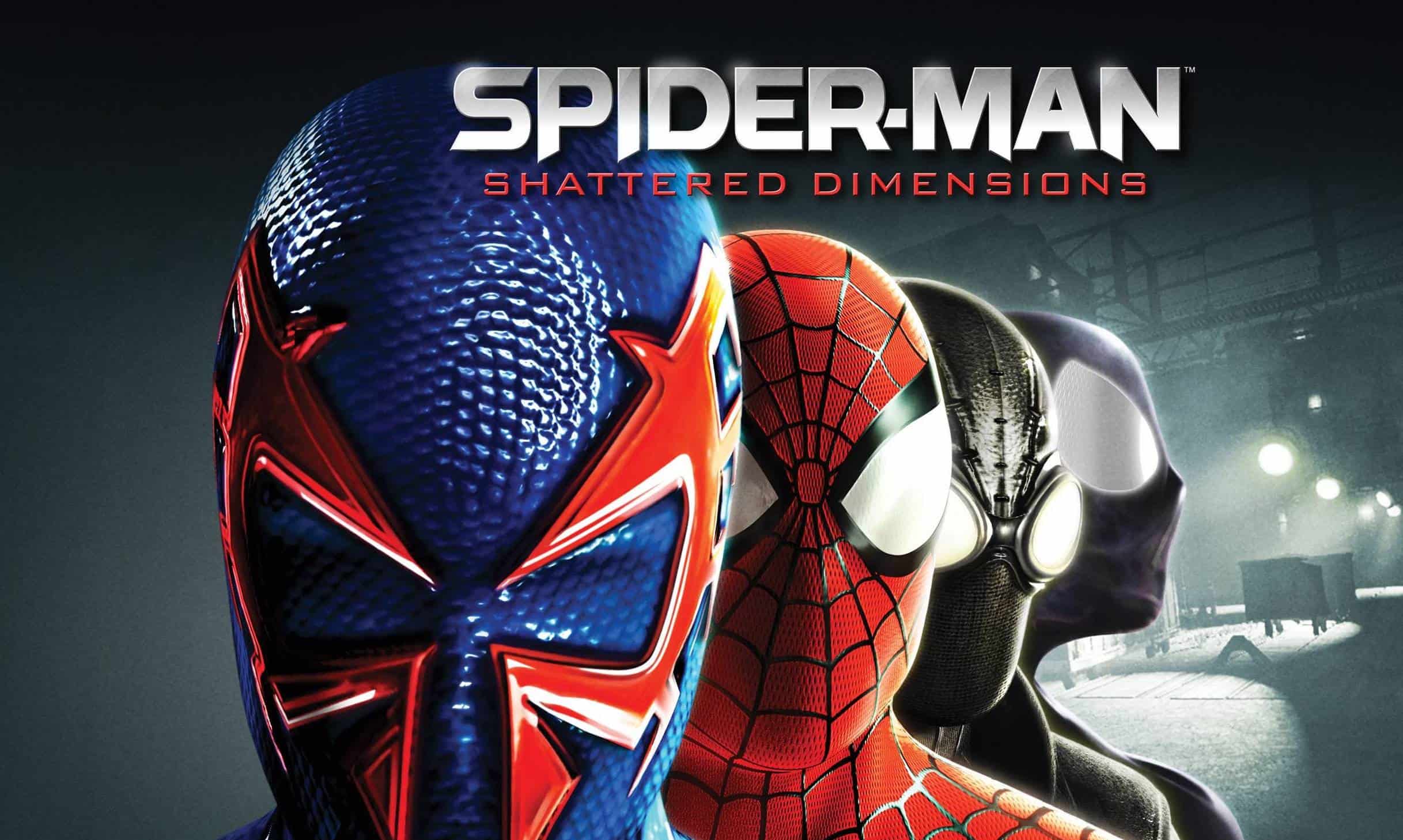 Hello, fans of the web-slinging teenage hero! Marvel’s Spider-Man, the Playstation exclusive, has been the biggest hit for Sony in 2018, so much so that they released a sequel to it in 2020 with Miles Morales as the lead. Even though we enjoyed playing as both Peter and Miles in this Universe, another Spider-Man Universe released more than ten years ago and was a rage hit. The concept of Multi-verse was explored way back then before Marvel even brought it to the movies. Yes, we are talking about the then smash hit Spider-Man: Shattered Dimensions. We think this is one of the most special Spidey games out there, and if you are a Spidey fan, read the review and enjoy this game if you can get your hands on it!

The game’s opening scene pits Spider-Man against Mysterio, who is trying to steal a mysterious tablet. (Mysterio and mysterious, get it?) However, our web-slinging hero jumps in to save the day (or does he?) and punches his way to Mysterio, who blocks one of his punches with this tablet. Thanks to the spider bite, which gave him super strength, Spider-Man shatters the stone tablet into seventeen different pieces unintentionally. As Mysterio escapes with one of the pieces, Spider-Man is pulled into a whole new web by Madame Webb (see the pun here?) She shows him a glimpse of the Multiverse and explains that she has recruited Spider-Men from different multiverses to retrieve the fragments of the tablet and put it back whole. She also warns Spidey that when the fragment falls into the wrong hands, it gives huge power to the individual and will cause havoc.

The writer, Dan Slott, needs to be mentioned here as there are too many funny instances in an otherwise combat-based game. Here is one such example when Ultimate Spider-Man meets Electro (Electro is completely blue):

Electro: Ah! If it isn’t the Amazing Spider-smuck!

Ultimate Spider-Man: Ugh, dude, pants! No one wants to see your junk!

Electro: Keep laughing, punk! (Shows off a shard of the tablet in his hand) See what I found? What do you think happens if I use it?

Electro: YES! It’s like my powers are totally unleashed – now I can absorb ALL this energy! ENERGY WITHOUT LIMIT!

Ultimate Spider-Man: And yet, still no pants.

Thus, the story is entertaining and enjoyable with the right Spidey flavors. All signature Spidey villains like Kraven the Hunter, Electro, Hammerhead, and Vulture also make an entry in this game!

The gameplay is level-based, and each Spider-Man has three different levels before the Ultimate boss, ensuring that the game is neither short nor lengthy. Each level features a Spidey villain against whom we have to fight against normally, first and then against the same villain after they consume the fragment’s powers. Each villain is unique, and each Spider-Man is unique. For instance, Amazing Spider-Man represents speed, and most of his levels are based on how fast you can traverse from one place to another and fight the boss simultaneously. Ultimate Spider-Man is more about power, and he has a rage mode which wakes up the Venom in him to provide him “extra hands” in the battle. Spider-Man Noir is all about stealth as he hides in the darkness and instills fear into his enemies (someone does this in DC comics too). Spider-Man 2099 is all about Agility as he slows down time to dodge incoming projectiles and defeats enemies in a flash.

Just the way the heroes are unique, the villains are memorable as well. Kraven the Hunter gains super speed and super strength due to fragment while Hammerhead gets guns fused to his body. We don’t want to spoil other villains for you and will stop with these two instances.

The features common to all Spider-Man are web-swinging, wall-crawling, and using Spider-sense to reveal hidden objects and other objects of interest. Each Spider-Man’s combat moves are also unique, which is highly commendable. We can upgrade each Spider-Man by defeating enemies to grow in level and completing the “Web of Destiny” challenges. We can even acquire alternate costumes for the Spider-Men through these challenges.

– Each Spider-Man is unique in all aspects (Voice acting, Combat, Costume, and Challenges)

– Great voice acting for all the Spider-Men

– All Spidey villains in one game!

– A fantastic story involving the Multiverse

– Great graphics for a game that released in 2010

– An appearance from Deadpool

– Amazing Spider-Man looks the weakest, and we want to play as the other Spider-Men more

– No backstory for each of the Spider-Men and thus, unable to connect with each of them

– Spider-Ham is relegated to a post-credit scene

Go for this game even if you are not a big Spidey fan, and you would start loving Spider-Man! Excellent voice acting and plot make this game arguably the best Spider-Man game of that era. The gameplay lets you “be” the Spider-Man as well. There are some exciting cameos as well, which contribute to this wholesome entertainer of a game!

Note: This game inspired the 2014 comic book storyline of “Spider-verse” which in turn inspired the 2018 movie “Spider-Man: Into the Spiderverse.” A sequel to this game starring the Amazing Spider-man and Spider-Man 2099 was released in 2011 and was called “Spider-Man: Edge of Time.” However, that pales in comparison to “Spider-Man: Shattered Dimensions.”

Go for this game even if you are not a big Spidey fan, and you would start loving Spider-Man! Excellent voice acting and plot make this game arguably the best Spider-Man game of that era.